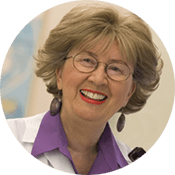 Mary Bartlett Bunge, Ph.D., is Professor of Cell Biology and Neurological Surgery, and the Christine E. Lynn Distinguished Professor of Neuroscience at the University of Miami Leonard M. Miller School of Medicine, working in The Miami Project to Cure Paralysis. Pursuing an overall goal of promoting nervous system repair, Dr. Bunge was a pioneer in elucidating the structure and function of cells that form myelin and, more recently, in developing a new spinal cord injury model and novel combination strategies to improve repair of the injured spinal cord. Her laboratory currently conducts preclinical studies aimed at developing neuroprotective and neuroregenerative therapies for spinal cord injuries. These therapies include the transplantation of genetically modified cells to facilitate regeneration in damaged spinal cords. Her work on the contribution of transplanted Schwann cells to spinal cord repair formed part of the basis for gaining approval from the FDA in 2012 for a clinical trial testing these cells in spinal cord injured persons, now underway in the Miami Project.

She has served on NIH study sections and the National Advisory NINDS council. From 1996-1997 she served as Interim Scientific Director of the Miami Project to Cure Paralysis. She has received the Wakeman Award (1996) for her seminal contributions to the field of spinal cord injury repair, the Christopher Reeve Research Medal for Spinal Cord Repair (2001) and the Javits Neuroscience Investigator Award (1998-2005), and was the first recipient of the Mika Salpeter Women in Neuroscience Lifetime Achievement Award (2000). She has also received the Lois Pope LIFE International Research Award (2005) and was inducted into Iron Arrow in 2005, the highest honor at the University of Miami. In 2012, Dr. Bunge was awarded the Distinguished Faculty Scholar Award (UM); in 2013, elected to the National Academy of Medicine; and, in 2014, was named a Health Care Hero by the Greater Miami Chamber of Commerce. She has received an honorary degree, Doctor of Humane Science, from her alma mater, Simmons College (2006).  Dr. Bunge will also receive the ASIA Lifetime Achievement Award in May 2018.

Development of Combination Strategies to Repair the Injured Spinal Cord

The goal in my laboratory has been to foster regeneration of axons across and beyond the area of spinal cord injury (SCI) since coming to The Miami Project.

To improve axon regeneration after SCI, we have investigated Schwann cell transplantation in combination with a steroid, increases in cyclic AMP levels, lessening formation of proteoglycans (molecules that inhibit axon growth), olfactory ensheathing cell transplantation, and provision of neurotrophic factors in various ways (including genetically modifying Schwann cells to improve their neurotrophic factor secretory capability).  Both complete spinal cord transection and contusion models have been utilized.  We are studying gene differences between neurons that are able to regrow onto a Schwann cell bridge placed in the area of injury and those that do not grow onto the bridge.  Currently we are testing ways in which to modify the spinal cord-Schwann cell implant interfaces  for improved permissivity for axons to enter and exit the implant and clinically relevant biomaterials and conduits in which to transplant Schwann cells for improved survival and alignment.

A contribution of my laboratory has been to introduce the novel use of a Schwann cell bridge across a complete transection gap in the adult rat spinal cord to be able to identify regenerated axons.  The combination strategies we have evaluated have improved outcome consistently in both lesion models compared to Schwann cell transplantation alone.  For example, when neurotrophins are introduced along with Schwann cells, there are far more regrowing fibers and an increased variety of fibers in the implant, including those from distant neuronal somata positioned in the brainstem.  That combination strategies are more effective than Schwann cell implantation alone is undoubtedly, at least in part, due to the many and varied reactions of the spinal cord tissue to injury.

The American Society for Cell Biology