Professor, Departments of Molecular and Cellular Pharmacology and Neurological Surgery 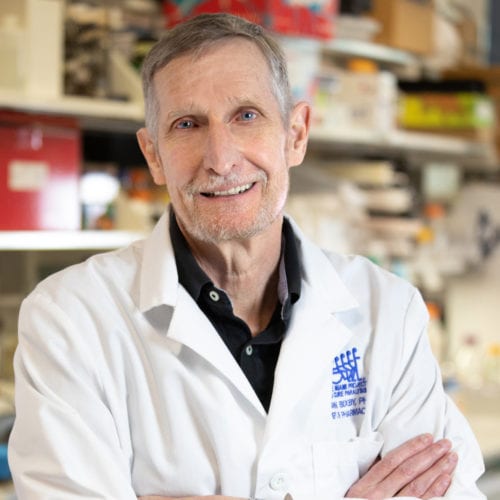 The mass of information available from the various genome projects, together with sophisticated image analysis and laboratory automation has created an opportunity to revolutionize the study of the nervous system. Our laboratory, which is co-directed by Vance Lemmon, has developed methods to test hundreds of genes or compounds in hundreds of thousands of neurons each week and obtain quantitative information about cell morphology and gene expression. This “high throughput” capability allows us to tackle questions about development and regeneration using Systems Biology approaches. The biological problem we have focused since launching our laboratory at The Miami Project has been to uncover genes and compounds that promote or prevent axon regeneration.

The Lemmon-Bixby lab has four ongoing projects related to axon regeneration. The first project springs from the fact that neurons in the peripheral nervous system are able to regenerate axons while neurons in the central nervous system (CNS) are not. By analyzing data from several molecular biological approaches, including RNA-seq, we were able to identify genes that are differentially expressed in regenerating peripheral neurons; of particular interest is a set of transcription factors (TFs) that are likely to regulate expression of other genes. We have focused on Stat3 for several years and have shown that by fusing it to a viral activation domain, we can substantially boost axon regeneration of optic nerve axons and sprouting of CST axons (Exp Neurol. 2016 PMID: 27060489).

Our second project is based on the fact that young CNS neurons have a greater regenerative capacity than old CNS neurons (collaboration with Dr. Murray Blackmore and Dr. Jeff Goldberg). We used DNA microarray data to generate a list of 800 candidate genes. We have tested genes on our list in our High Content Screening platform, and identified KLF transcription factors as key regulators of axon regeneration in the mammalian CNS (Science. 2009 PMID: 19815778, Mol Cell Neurosci. 2010 PMID: 20159039, Proc Natl Acad Sci U S A. 2012 PMID: 22529377).

The third project is to test Kinase Inhibitors (KIs) to identify the kinases the control axon regeneration.  This project with Dr. Hassan Al-Ali, uses clever information and artificial intelligence algorithms to both identify kinases that should be inhibited and kinases that must be avoided to stimulate axon regeneration.   We have screened over 1600 KIs and found a number that have very large effects in vitro.  One, RO48, has shown strong axon regeneration and sprouting effects in vivo and is serving as a basis for a medicinal chemistry program.  The in vivo experiments are being done with Jae Lee at The Miami Project and Xiao-Ming Xu, at Indiana University (ACS Chem Biol. 2015 PMID: 26056718, Assay Drug Dev Technol. 2015 PMID: 26230074, J Neurosci. 2017 PMID: 28626016)

The final project I participate in is to screen genes and lipids differentially expressed in a special class of retinal ganglion cells.  This project is led by Kevin Park of The Miami Project.  Sanjoy Bhattacharya of BPRI runs the Mass Spec / lipidomics part of the project.   It relies heavily on tissue clearing and 3-D imaging, most of which is done beautifully by Pantelis Tsoulfas. (Exp Neurol. 2013 PMID: 2351076, eNeuro. 2015 PMID: 26023683, eNeuro 2017 PMID: 28856242)

American Association for the Advancement of Science

Find out about the Laboratory of Drs. John Bixby and Vance Lemmon