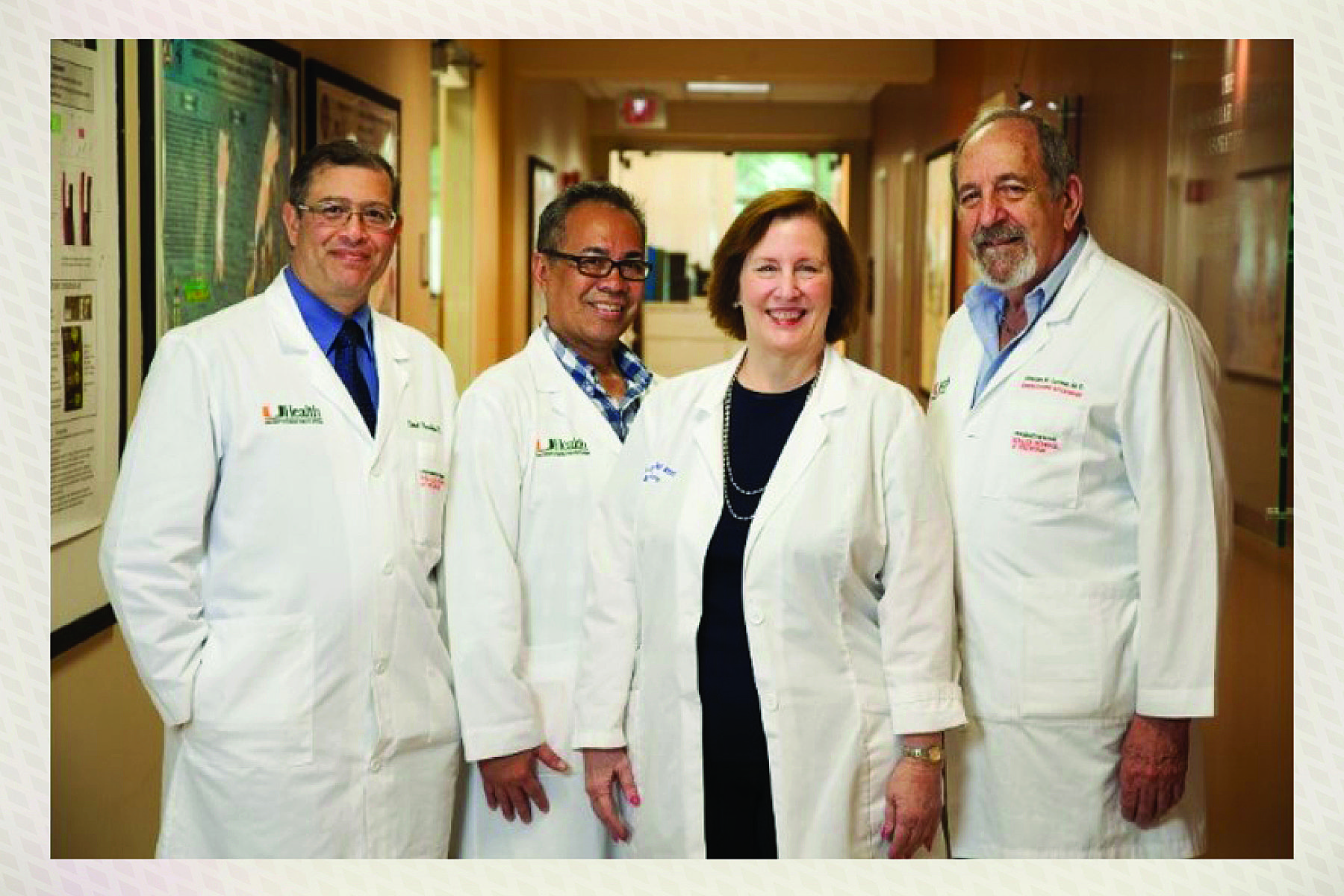 When most people think of paralysis, they think of not being able to move arms and legs, or not being able to breathe without the aid of a machine. It is commonly overlooked that many other organs and body systems are affected by the disruption of their nerve supply. One area that many do not discuss or consider is fertility, specifically male fertility and the ability of men living with spinal cord injury (SCI) to father children. Thanks to the foresight of The Miami Project’s late Scientific Director, Dr. Richard Bunge, and his encouragement of a young researcher named Nancy Brackett, Ph.D., SCI fertility research began entering a renaissance phase as it entered the consciousness of the scientific community.

To put this problem in better perspective, we must understand that most men, but typically not women, living with SCI, experience infertility because of disruptions to the nerves supplying their reproductive system. In men, these disruptions lead to impairments in erection, ejaculation, and semen quality. When Dr. Brackett started her research, little was known about the effects of SCI on semen quality because methods to retrieve semen from these men were relatively new. Consequently, little data were available. Dr. Brackett’s studies established an algorithm for semen retrieval in men with SCI, and this algorithm is still in use today as the best practice policy worldwide.

In the lab, Dr. Brackett’s team showed that men with SCI typically have normal sperm count, however sperm motility and sperm viability were abnormally low. When few motile sperm are available, medical intervention is often required to achieve pregnancy. This intervention can be costly and invasive. To remedy this problem, the cause of low sperm motility in men with SCI needed to be understood. Dr. Brackett’s research found that sperm motility could be improved if specific toxic substances in the seminal fluid were neutralized. This finding paved the way for a treatment to increase the number of motile sperm in the ejaculate, and thereby reduce the need for expensive medical interventions to achieve pregnancy. Ultimately, this research resulted in a greater number of men with SCI becoming biologic fathers, a dream that many had been told was impossible when they were first injured.

Dr. Brackett and her team are directly credited with helping SCI individuals bring more than 250 babies into the world. This staggering number does not consider the countless others who have taken advantage of the free online information to help guide their steps toward achieving biologic parenthood. Over the years, the fertility team has published hundreds of papers on the topic, sharing their wealth of knowledge with the scientific and SCI community. “When we began the research in the early 1990’s little was known about male infertility after SCI. Our 30 years of work answered a lot of questions. It made The Miami Project the go-to place for information on the topic. We did a lot to help men with SCI achieve fatherhood in a way that was optimal for each individual,” said Dr. Brackett.

Around the world, at the time and even today, not a lot of clinicians know how to treat these couples, so a big part of Dr. Brackett’s mission was to educate professional and lay communities. Some of the work was supported by the Craig Neilsen Foundation. Practitioners from all over the world visited The Miami Project to learn the techniques for treating this unique type of infertility. Through this important program, Dr. Brackett and her team of researchers were able to spread the word. More importantly, they felt it was imperative to “teach the teachers” with the goal of expanding knowledge and understanding about male fertility after SCI.

When asked what she felt her legacy in the field would be, she responded, “I wanted to help a patient population achieve a dream of biological children that may not have been possible otherwise, if not for this work. Initially, I was driven by curiosity. I wanted to understand what was causing this condition and what could improve it. When our scientific findings resulted in outcomes that actually made a difference in people’s lives – it was a dream come true for me, as for any researcher. It was always very satisfying to be able to help this special group of patients achieve such an important goal,” said Dr. Brackett.

In addition to their published works over the years, one everlasting tool the team produced will continue helping patients for years to come in achieving fatherhood. The team produced and makes readily available, Male Fertility Following Spinal Cord Injury: A Guide for Patients. This guide was originally published in 2000 and has been updated many times since then. This booklet provides information about changes in male sexual function and fertility that may accompany SCI, and outlines the options available to deal with such changes. It is the hope of the fertility team that the information contained in the booklet can be used as a talking point for individuals and their medical professionals.

After more than three decades, Dr. Brackett and her team are considered the world leaders in the field. Now, most men with SCI can expect not only to father children, but to be provided with a treatment plan optimized for their needs. Since its inception, over 700 men have participated in The Miami Project Male Fertility Research Program. The work of this program, now under the direction of Emad Ibrahim, M.D., continues to improve the quality of life for countless men with SCI and their loved ones.

Dr. Brackett has had many colleagues throughout the years that helped make this work possible. Dr. Charles Lynne, Dr. Emad Ibrahim, Teodoro “Sonny” Aballa, the late Maria Amador, and numerous post-docs and residents. “I had a long and rewarding career at The Miami Project,” said Dr. Brackett who concluded, “I had the opportunity to study a fascinating medical problem and make a difference in people’s lives, all while working at a first rate university with talented colleagues. No one could be happier.”