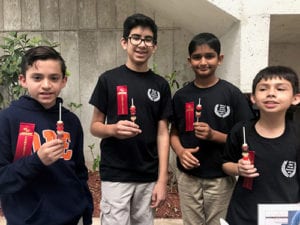 This year’s event will also serve as a launch for the publication of Undefeated: From Tragedy to Triumph (Post Hill Press, Sept. 2017), a candid, compelling and inspiring memoir by Marc Buoniconti recounting his days as an admittedly reckless youth and teen to the day his world changed after a paralyzing football injury while in college and how he has dedicated his life since to helping others, and to finding a cure for paralysis.

NBC Sports personality Bob Costas will serve as emcee for the event, which annually attracts a veritable “Who’s Who” of more than 1,500 sports legends, celebrities, philanthropists, corporate leaders and other influential New Yorkers.  Rock and Roll Hall of Fame band Chicago will perform live at the event.

The event, which is chaired by Mark Dalton, benefits The Buoniconti Fund to Cure Paralysis, the fundraising arm of The Miami Project to Cure Paralysis. The Miami Project, a designated Center of Excellence at the University of Miami’s Miller School of Medicine, is the world’s most comprehensive spinal cord injury research center. Since its inception in 1985, the Great Sports Legends Dinner has honored more than 300 sports legends and honorees and has helped The Buoniconti Fund raise more than $350 million for The Miami Project’s spinal cord injury research programs.

For more information about The Buoniconti Fund, please visit: www.thebuonicontifund.com. To take part in the conversation on social media follow us at facebook.com/cureparalysis, or twitter.com/BuonicontiFund, using the hashtags #SportsLegendsDinner and #BuonicontiFund