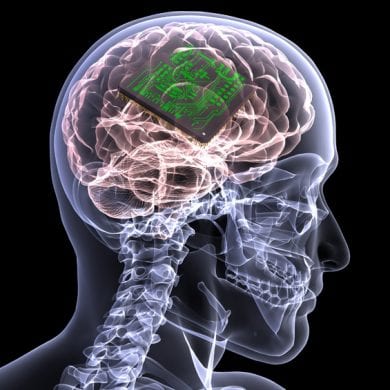 University of Miami Miller School of Medicine’s Miami Project researcher, and colleagues, win Frontiers Spotlight Award of $100,000 for an open dialogue conference on the facts, fiction and controversy of brain augmentation.

A major new European research prize, the Frontiers Spotlight Award, has been awarded to the editors of an exceptional research collection, published in Frontiers in Neuroscience, on the augmentation of brain function. This research collection of nearly 150 scientific articles covered all aspects of brain augmentation with notable implications and considerations for creating human super-intelligence.

A team of prominent neuroscientists including  Dr. Mikhail Lebedev, from Duke University, Dr Ioan Opris at the University of Miami Miller School of Medicine’s Miami Project to Cure Paralysis, and Dr Manuel Casanova at the University of South Carolina School of Medicine, more than 600 authors contributed nearly 150 research articles investigating brain augmentation – on everything from brain-machine interfaces, neuro-stimulators and the application of neuro-pharmacology.

The University of Miami’s Dr. Ioan Opris and the South Carolina School of Medicine’s Dr. Manuel Casanova said when speaking on the future of this technology, “There are as many possibilities as the imaginations of researchers. I think that nanotechnology, passive sympathetic resonance, photo-biomodulation and brainwave entrainment will modulate brain function in ways more effective and with less side effects than any present technique. There is also the new field of wearable electronics where intelligence could be conveyed to us through glasses or sewn devices.”

Previously the idea of brain augmentation was reserved for science fiction but with the rapid development of neuroscience and related technological and medical fields, many of the past decade’s science fiction themes – sending information to the brain, reading out information from brain content, transferring simple memories from one brain to another, and adding artificial parts to the brain – are becoming real.

Duke University’s Dr Mikhail Lebedev said, “By 2030, augmentation of various brain functions with the devices interfaced to the nervous system will no longer be only the subject of research; people will start enjoying the benefits offered by these technologies, particularly the patients with neurological conditions whose functions will be restored by neural prostheses. The reality of this new paradigm will also bring some ethical problems related to the interference of technologies and even artificial intelligence with the mind. The collection of research that we gathered highlights the current state of the art and alerts scientists and the public to its scientific, medical, health, ethical and legal implications.”

Frontier’s Executive Editor, Dr Frederick Fenter said the US$100,000 Frontiers Spotlight Award will support the winners to organize an international scientific conference in 2018 around brain augmentation, “The conference will provide a forum to catalyze, inspire and mobilize the rest of the research community and start an open dialogue on the ethical and philosophical considerations around brain enhancement that will become very real and practical in the near future.”

Their winning research topic, Augmentation of brain function: facts, fiction and controversy, competed against nine other finalists.  It received over 1 million views and downloads demonstrating the enormous scientific interest and social relevance of this area of research.

The Frontiers annual Spotlight Award of US$ 100,000 allows the winning team of topic editors to organize an international scientific conference around their research topic. The conference aims to provide a forum that will foster collaboration, inspire the community and highlight emerging research in their field. It will be held at a premier location: the SwissTech Convention Center on the campus of the Swiss Federal Institute of Technology Lausanne (EPFL), Switzerland.