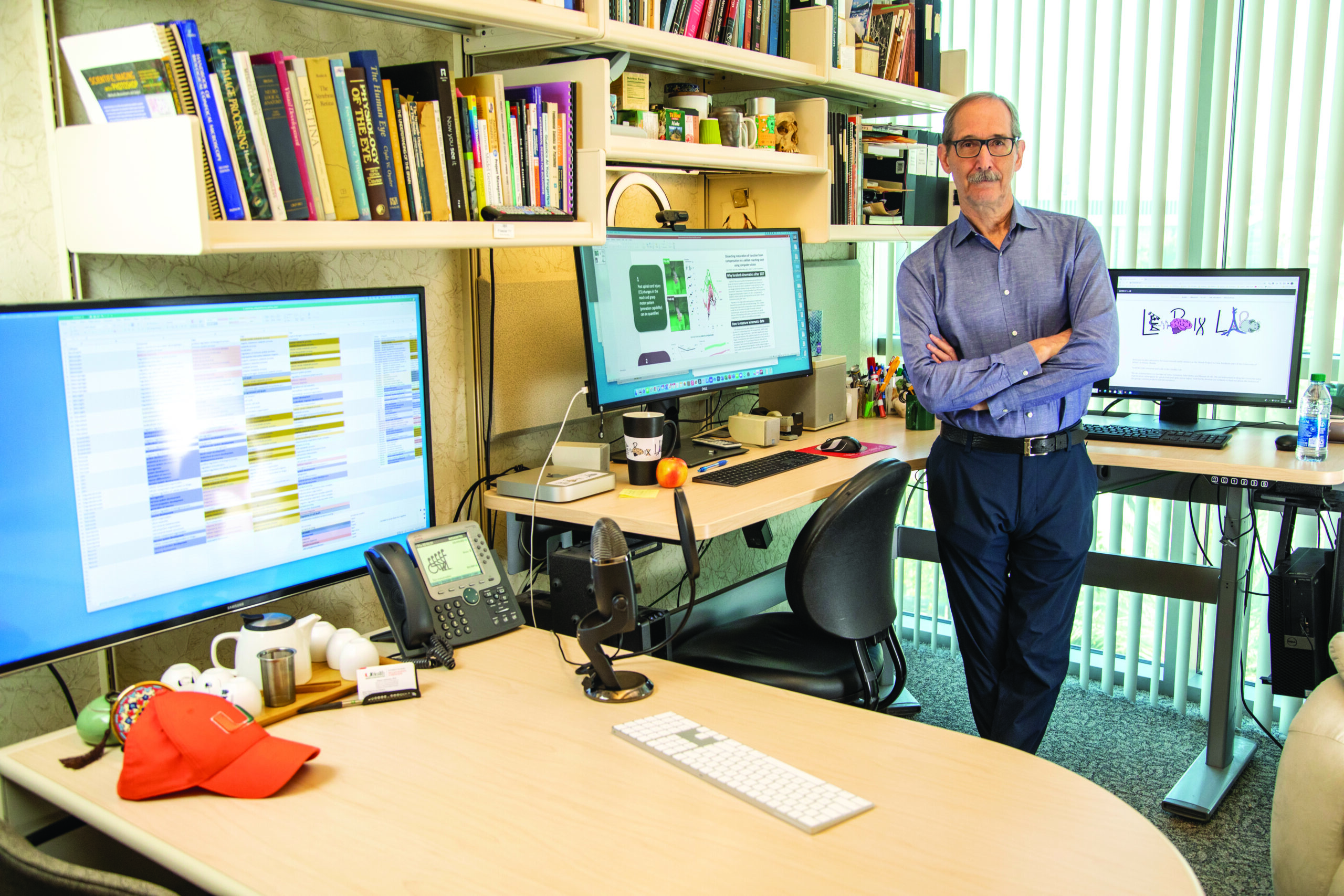 This year, once again, Dr. Vance Lemmon found himself in distinguished company at the 2021 International Neural Regeneration Symposium. For multiple years Dr. Lemmon has attended the conference, organized by the editorial board of the scientific journal Neural Regeneration Research, but this year’s virtual meeting was different. During his keynote speech, Dr. Lemmon was awarded the Lifetime Achievement Award in Neural Regeneration, an award with prior recipients including a Nobel Prize laureate and members of the world’s leading scientific societies.

Dr. Lemmon’s acceptance presentation, a keynote at the conference, mapped his body of work that earned him the prestigious award. In chronicling his career trajectory, Dr. Lemmon explicated his contributions to the development of high throughput phenotypic screening methods for the primary, signal-generating neurons of the central nervous system. These methods of deep characterization are foundational to understanding the adult mammalian central nervous system’s general inability to actualize self-repair, thereby identifying candidate targets that might inspire growth in these otherwise stubborn cells. His story begins with his postdoctoral and early (Assistant) professor work where he developed and produced key antibodies that allowed for the study of the role of adhesion molecules in axonal outgrowth, gaining him wide acceptance in the regeneration field. Following this foundational work, Dr. Lemmon made a move to Case Western Reserve University where he would continue to make his “unintended” transformation from electrophysiologist to cellular and molecular neuroscientist. During this transformation, Dr. Lemmon would also work with several Japanese scientists, at the time postdoctoral fellows, establishing his professional link to Asia. Then, in 2003, he made his final fateful move to The Miami Project to Cure Paralysis at the University of Miami where he would manifest the intriguing (“crazy”, in his words) merger of his laboratory with that of Dr. John Bixby to create the LemBix lab. Together, and in collaboration with so many others, the LemBix lab has now screened over 440 million compounds and genetic molecules on primary neurons.

But the connection to China is less obvious. The Chinese contribution to modern axonal regeneration dates back to at least Kwok-Fai So’s fellowship with Albert Aguayo that yielded the “Lengthy regrowth of cut axons…” paper that helped fuel the modern resurgence of spinal cord repair efforts. However, recently there has been a recent uptick in the Chinese emphasis on rehabilitation medicine, and a commensurate increase in the number of clinical trials testing regenerative strategies in persons with spinal cord injury. This emphasis on SCI coincides with Premier Li Keqiang’s assumption of office in 2013, and is in accord with the increased prevalence of neurotrauma in China due to occupational hazards as well as the capacity for human trials afforded by China’s population size. In fact, 2013 just so happens to be the first year that Dr. Lemmon participated in the International Neural Regeneration Symposium, a meeting that led to further collaboration, including a 2017 biomaterial validation study that involved multiple multi-week visits to China and a formal institutional data sharing and oversight policy that boosted the rigor of the study analysis. Dr. Lemmon then helped organize a series of workshops for the 2018 Neural Regeneration Symposium, with a crowd favorite practicum on machine learning techniques for biologists. Dr. Lemmon was back by popular demand at the most recent Symposium with a continuation of this machine learning seminar, now virtual, that attracted over 7,000 participants. Surely it is Dr. Lemmon’s educational and advisory contributions to the Chinese space of neural regeneration that—along with his body of scientific work—merited his Lifetime Achievement Award. It is a prodigious depth and breadth of academic contribution such as this, across disciplines, generations, and borders, that frame the shoulders of giants upon which others now, and in the future stand to continue our communal advance.

“We congratulate Dr. Vance Lemmon on receiving this well-deserved Lifetime Achievement Award for his influential work on the development and testing of new strategies for enhancing axonal regeneration and spinal cord repair.”