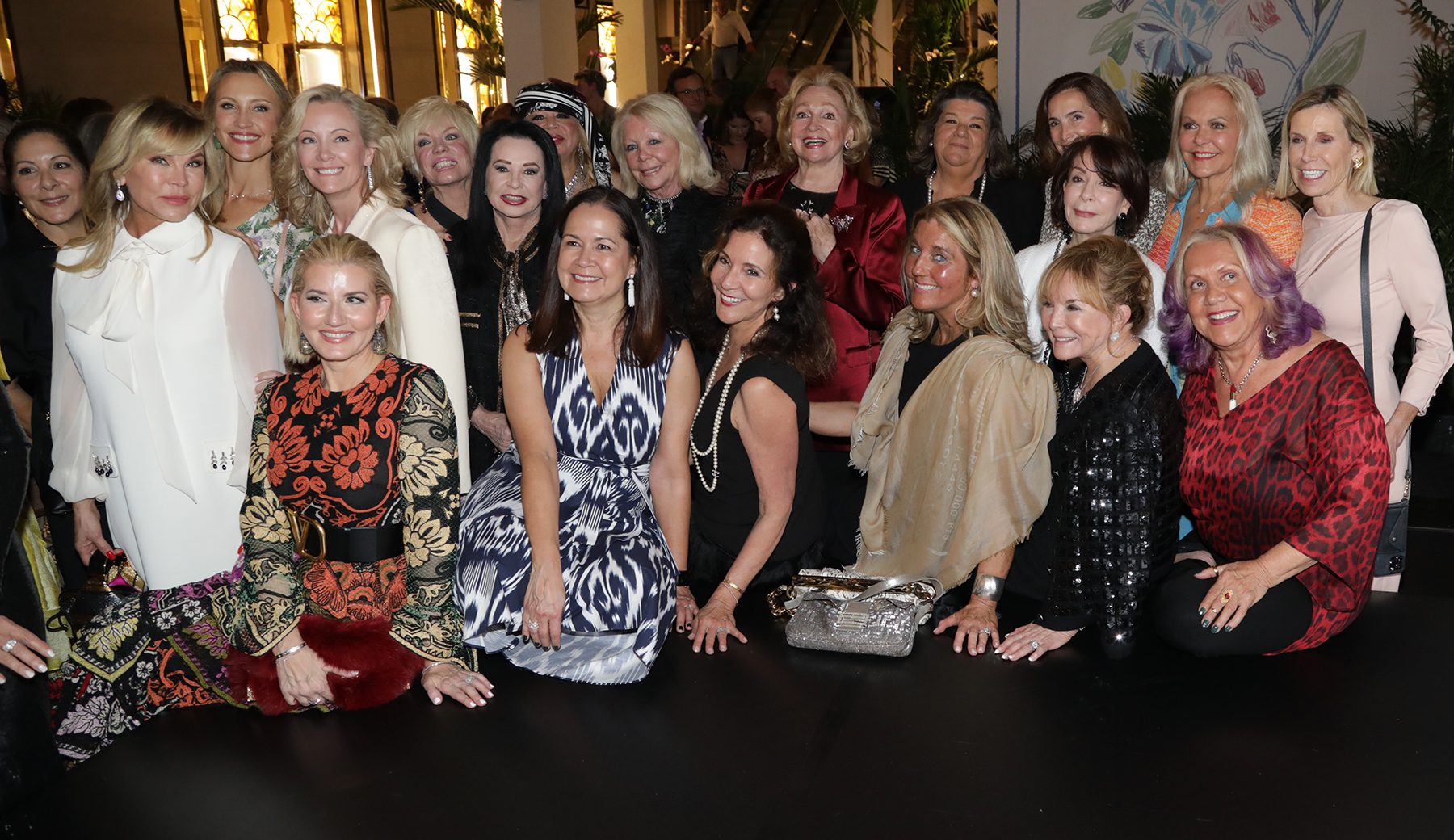 The Bal Harbour Shops ACCESS Membership and Rewards program will host the ACCESS: Fashion Among the Flowers event on Friday, March 4 at 7pm at Bal Harbour Shops along with event partners Missoni and the Bal Harbour Village. The evening will recognize The Buoniconti Fund to Cure Paralysis’ Women of Substance & Style honorees who were awarded over the past two decades at Bal Harbour Shops for their philanthropic and humanitarian work. The evening serves as a kick-off for the Fleurs de Villes FEMMES festivities. Invited guests will enjoy cocktails and hors d’oeuvres by Le Zoo and an exclusive preview of the Missoni Spring Summer 2022 Collection. The Buoniconti Fund to Cure Paralysis will unveil its mannequin honoring Maya Angelou, American poet, memoirist, civil rights activist, Buoniconti Fund honoree and supporter as well as one of the most renowned and influential voices of the 20th century.

Said Marc Buoniconti, “I am honored that the Bal Harbour Shops ACCESS Membership and Rewards Program chose to honor The Buoniconti Fund, the Woman of Substance and Style, and my lovely mother Terry, during the Fleurs de Villes FEMMES kick off event.  Bal Harbour Shops been a long time supporter of The Fund over the years, and we can’t thank them enough for continuing to Stand Up for Those Who Can’t.”

Symbolic of its elegant and lush surroundings, from March 4-13, 2022, Bal Harbour Shops visitors can immerse in a gallery-like exhibition and appreciate 16 mannequins inspired by a famous, notable muse, many of which have a deep-rooted connection to her sponsored brand.

As the event sponsor, the inspiration for Bal Harbour Shops mannequin is Audrey Hepburn, a radiant award-winning actress, style icon and devoted humanitarian in a floral recreation of her gown from “My Fair Lady.”

Bal Harbour Shops’ ACCESS Membership & Rewards program selected Oprah Winfrey whose accomplishments as a global media leader and philanthropist have established her as one of the most respected and admired public figures today.

Katherine Graham, one of the most powerful and influential women in the publishing industry, will be honored through Bal Harbour Magazine’s mannequin.

Lalique’s muse will be Sarah Bernhardt, the popular French stage artist of the late 19th and early 20th centuries who inspired notable pieces by the brand.

Adrienne Arsht Center for the Performing Arts of Miami-Dade with Celia Cruz, one of the most admired Latin artists of the 20th century, Grammy Award winner, and philanthropist.

The St. Regis Bal Harbour Resort will honor Caroline Astor, the creator of many of the rituals at The St. Regis Hotels.

Makoto whose muse is Inzumo no Okuni, an entertainer from the Azuchi-Momoyama period who is said to be the progenitor of early Kabuki dances.

Le Zoo whose muse is La Goulue (known as Louise Weber), a French can-can dancer who was a star of the Moulin Rouge in the Pigalle district of Paris.

Hendrick’s Gin whose muse is Queen Anne of England, Scotland and Ireland between 1702 and 1707, the last of the Scottish Stuart monarchs who brought to fashion gin drinking in the British Isles and the development of distilleries to support the growing industry

Rene Caovilla will sponsor a mannequin inspired by their muse, Cleopatra.

The Buoniconti Fund to Cure Paralysis will unveil its mannequin honoring Maya Angelou, American poet, memoirist, civil rights activist, Buoniconti Fund honoree and supporter as well as one of the most renowned and influential voices of the 20th century.

A destination unto itself, travelers and locals coming to Bal Harbour Village for a full day or weekend of floral experiences will be welcomed by mannequins elegantly perched over the two entrance signs as well as flower-bombed art sculptures throughout the Village. Bal Harbour Shops will host a Parisian Flower Market and special lounge for Bal Harbour Shops ACCESS members. At The St. Regis Bal Harbour Resort, guests will enjoy Fleurs de Villes-inspired Afternoon Tea in La Gourmandise inspired by Mrs. Astor’s favorite flower, the American Beauty Rose, signature treatments at The Spa at St. Regis including a fresh rose massage, and more.

“We are thrilled to be returning to Bal Harbour Shops with such a robust and inspirational roster of sponsors, partners and floral talent. Launching the international tour of Fleurs de Villes FEMMES here made perfect sense, with such a spectacular setting and the enthusiasm and sense of purpose brought forth in the choices of female muses from Bal Harbour Shops partners and the floral talent bringing them to life in flowers. We look forward to another awe-inspiring show of fresh-floral festivities,” says Karen Marshall and Tina Barkley, Founders, Fleurs de Villes.